Who Are The Top Chinese Trademark Owners?

China does everything on a grand scale and the size and strength of its biggest companies are no exception. Three out of the ten top companies in the world are Chinese (the USA and UK hold two each). China also has two of the world’s largest airlines (China Southern Airlines and China Eastern Airlines). And when it comes to the technology industry, Huawei holds the number seven position, with a revenue of $108.5bn  reported for 2018.

When it comes to trademarks, China’s big five owners are:

Unpicking the types of trademarks and classes these five corporate giants file under makes for fascinating reading and helps us to understand where some of China’s continued growth and success comes from.

Founded in 1998, Tencent is an Internet-based company whose mission is to “improve the quality of life through Internet value-added services”. It is the world’s largest gaming company and owns WeChat, the most popular social media app in China.

Tencent currently has over 30 thousand live marks. Class 9 is where 21% of these are filed and 18.7% of its marks comprise of computer applications and downloadables. A further 13.9% are to protect games.

The company has come under intense scrutiny from Beijing, who stopped approving commercial licenses for games in March 2018. Approvals have since resumed; however, Tencent has only received a handful and these have covered the more mundane educational games.

“They must incur large costs to hire moderators and face the prospect of arbitrary, immediate regulations disruptive to their business, including freezes on operations, account purges, takedowns of popular content, or even permanent app shutdowns. The prospect of this is always looming for them.”

It is acknowledged that Tencent is well aware of the dangers and navigates them expertly.

Alibaba Group Holding Company is a multinational conglomerate specializing in e-commerce, retail, Internet, and technology. It is the world’s largest e-commerce and retailer company and one of the planet’s largest Internet and AI companies. In August 2019, it opened its first European store in Madrid. This move is seen as a clear indicator the company wants to take on Amazon, which currently turns over four times the Chinese giant’s annual revenue.

As one of the largest Internet and AI companies in the world, Baidu has over 16 thousand live trademarks to date. Most of its marks are filed under Class 9 and 42. Baidu has also made over 2 thousand trademark applications in class 35 (advertising and business).

Baidu Inc recently dropped off the list of the top five most valuable Chinese Internet companies.  This has happened before, and the company regained its position. But the company is said to be struggling with a slowdown in China’s economy and is facing intensifying competition for advertising from app factory ByteDance Inc.

There are few people who have not heard of Huawei, the enormous Chinese telecommunications and electronics company which provides services both inside and outside China.

The organization has over 15 thousand live trademarks. Over 50% of its marks are in class 9. It is the number two smartphone maker in the world. However, it is having to launch its new phone, the 5G-capable Mate 30, without licensed access to Google Android or any of Google’s ubiquitous apps. According to The Guardian, this is because US intelligence services suspect that Huawei has close ties to the Chinese military and fear the company could provide the Chinese government with a backdoor into foreign communications networks. The US government has blacklisted Huawei and Google is bound to comply with this directive.

At the time of writing, Huawei had two pending trademarks for a Huawei AntBot in both the GB IPO and EUIPO.

The massive e-commerce company JD.com has a total of over 14 thousand live trademarks with many others pending. The organization has the largest drone delivery system, infrastructure, and capability system in the world. Just over a fifth of its trademarks are filed under class 35 (Advertising and Business).

Amazon is also a target of this B2C giant, which is partnering with Google and Walmart to extend its operations in China, Europe, the US, and South-East Asia.

“Our ambition is to expand our supply chain ability to the whole world—to connect any brand, any goods and any consumer globally,” JD.com founder Richard Liu said in an interview at a business event in Aspen, Colorado, last month.

China’s top five trademark holders show no sign of slowing down their expansion. With the escalating China-US trade war and signs of an American slowdown, and volatility in Europe, there are real fears of a global recession. We will be watching these five companies closely to see how they navigate the choppy seas ahead and we will update you on their progress.

China is the second biggest consumer market in the world and this makes it one of the most attractive, yet challenging markets for brand owners. Our data analysts have now created a special report entitled “Chinese Trademark Activity Review”, which covers trademark activity during 2010-2018 in China. Get insights into the most interesting aspects of Chinese filing activity today! 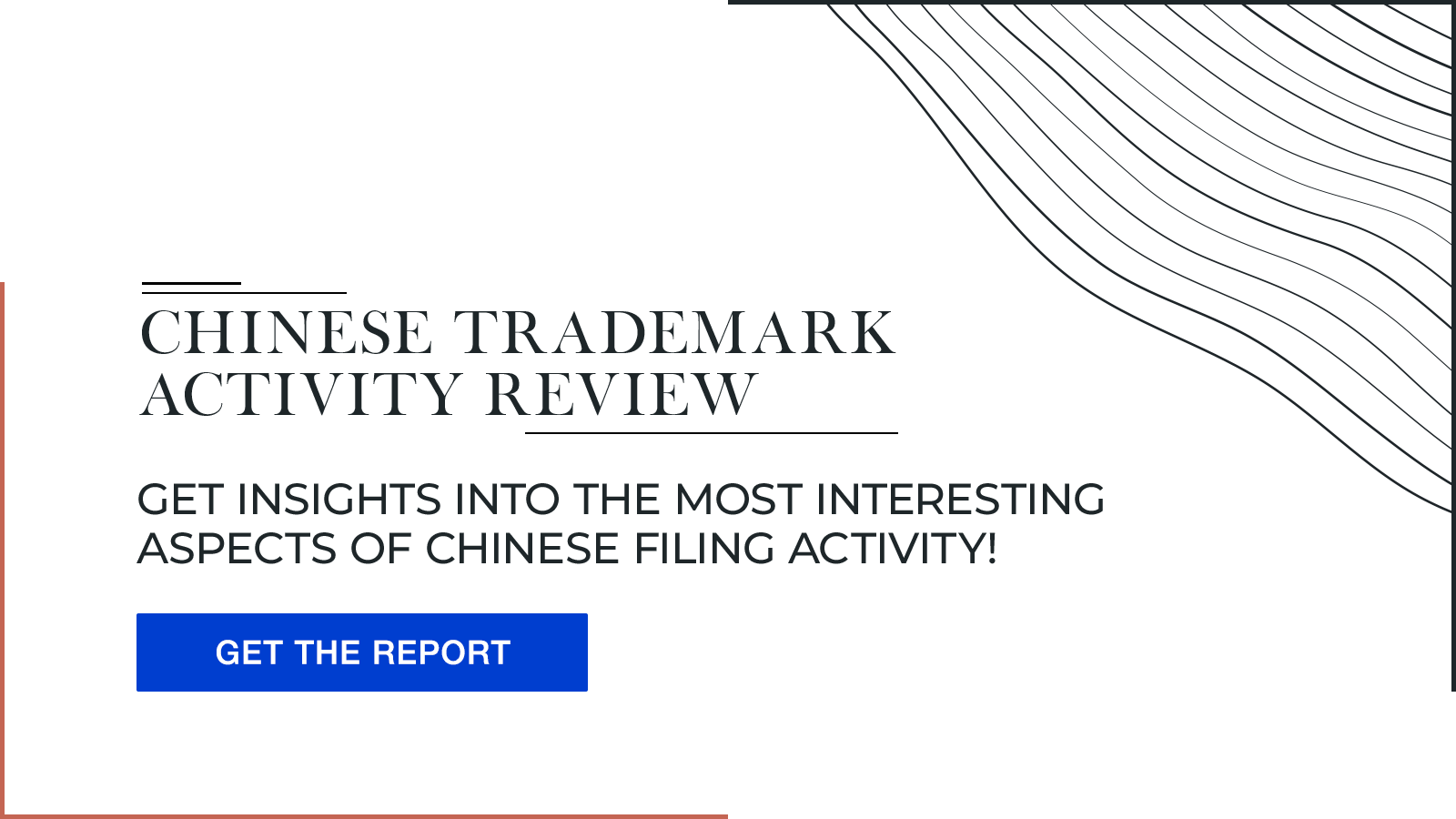