In March 2020, news broke that Nike had sold the worldwide famous trademark RF, the initials of tennis superstar Roger Federer to Tenro AG, a company directly controlled by the Swiss champion that manages the portfolio of IP assets attributable to him.

The value of this trademark cannot be underestimated. Mr Federer has been named the highest-earning athlete of 2020, securing pre-tax earnings of $106.3 million in the last year. $100 million of that came just from endorsements. Christiano Ronaldo and Lionel Messi, the second and third highest earners, reportedly made $45 million and $32 million respectively from their endorsement portfolios.

Top athletes have a short career span; the human body will only withstand so much rigorous training and competition. But their brand can last a lifetime. Think Michael Jordan. In addition to Nike, the basketball star still retains sponsorship deals with Hanes, Gatorade and Upper Deck - 17 years after retiring for good in 2003.

Competition around branding can be every bit as fierce in the sports world as it is on the pitch. With millions of passionate fans supporting a huge variety of sports and teams around the world, protecting the intellectual property of those players and teams is a critical business. You can find out more about sports and branding in our webinar "Fair Play - Branding In The World Of Sports”.

Things don't always go smoothly for sports stars. The 16th highest-earning athlete of 2020 is Conor McGregor, an Irish professional mixed martial artist and boxer, whose company McGregor Sports and Entertainment Ltd owns over 35 live marks, recently lost a bid to register the name “Conor McGregor” as a trademark for the sale of clothing (Nice Class 25) across the EU.

Currently this owner’s top brand is “Champ Champ” (4 marks), followed by “Conor McGregor” and “The Mac Life” (both with 3 marks each). It is interesting to note that our trademark analysis tool ExaMatch reveals that all 3 “Conor McGregor” trademarks are still pending in USPTO, EUIPO and Irish IPO at the time of writing.

McGregor – down but not out

At the end of May 2020, the European Union Intellectual Property Office (EUIPO) turned down a trademark application by the Irish boxing champion's company after agreeing with an objection by Dutch clothing firm, Schiphol-based McGregor IP B.V.

The owner claimed that consumers might confuse goods sold by Conor McGregor's company with theirs. The EUIPO accepted the risk of confusion ground and also found contrary to the Conor McGregor company's opinion and that the trademark signs of the applicant and the Dutch opponent "are visually and aurally similar to an average degree".

When making their decision, the office focused on customers in the Netherlands, Finland, and the Scandinavian countries, where basic English is widely spoken and understood. It concluded that the likelihood of confusion between the marks was enough to reject the athlete's application.

The McGregor battle has been ongoing for three and a half years. Conor McGregor's lawyers claimed that their client's mark was also differentiated from the Dutch company's because it included the forename CONOR which is not present in the marks of McGregor IP B.V.

Conor McGregor has appealed against the EUIPO's decision.

Other sports stars who have left a mark

Dwayne Johnson "The Rock" is an actor, producer, businessman, retired professional wrestler, and former professional football player, whose company, DJIP, LLC owns 20 marks according to Examatch. He also experienced a legal challenge when he attempted to trademark MANA in relation to his tequila company. MANA is connected to Polynesian and Hawaiian culture and means spirits. The United States Patent and Trademark Office (USPTO) rendered a refusal decision based on likelihood of confusion. A response to the decision was not filed, which resulted in the trademark becoming invalidated.

Nicola Adams OBE is a British former professional boxer and Olympic and world champion. She has 5 marks registered in total by both her and the company that represents her, Insanity Group, at the time of writing. They include ‘Full of Beans Children's Fitness and Coaching’ under Nice Class 41 (education and entertainment) and ‘Nicola Adams’ under Nice Classes 16 (paper goods and printed matter) and 25 (clothing). All marks are filed with the UKIPO.

The sporting industries' use and protection of trademarks has received criticism in the US in recent times. In a recent article by the International Lawyers Network, published in October 2019, aggressive tactics used by universities to defend trademarks were highlighted. For example, the University of Alabama spent 8 years fighting and ultimately losing a trademark infringement case against a painter, who the university accused of creating works of art depicting scenes of players in University of Alabama clothing and logos participating in football games.

According to the article:

"The USPTO rejected the application finding that "Taco Tuesday" failed to function as a mark as it is a commonplace message, citing to numerous newspapers showing that "the wording 'Taco Tuesday' is a 'widely used message' used by various parties to express enthusiasm for tacos by promoting and celebrating them on a dedicated weekday…”"

The vast revenues connected with sports brands means that controversy is bound to occur as teams and players fight to distinguish themselves in a crowded market.  Using intelligent trademark search tools such as Namecheck and Examatch can save the stress and expense of fighting challenges to trademark registrations by alerting the filer to exact, semi-exact and similar marks during the due diligence process.

If you fail to prepare, you’re prepared to fail

American former competitive swimmer and nine-time Olympic champion, Mark Spitz is quoted as saying: “If you fail to prepare, you’re prepared to fail.” Like anything in life, whether it is competing in sport, running a business or maintaining a trademark properly, if you do not train, make a business plan, or continually protect and monitor your mark and its use, you are at a greater risk of failure.

And, even super successful brands can be in danger! Some highly successful trademarks have suffered every brand's worst nightmare – they are victims of genericide - and of their own success. The brand name has become the way consumers identify a particular product as opposed to its source.

If you would like to find out more about the hot topic of genericness why not tune into our new legal podcast, Talkin' Marks? Our third episode is dedicated to genericness and the gripping U.S. Supreme Court dispute between the USPTO v Booking.com. What were the arguments? And just why is the case so interesting and important?

Special guest, Judith Soto, who is Director of Customer Success and former corporate and intellectual property attorney, unpacks the issues with your podcast co-hosts, Gokcen and Zac, and reveals some surprising insights into how the U.S. courts are managing to continue to work and are hearing cases in spite of social distancing measures! 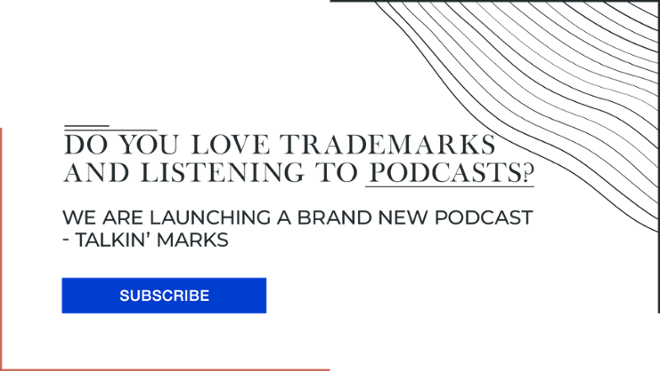