In Turkey we encounter a cliché judgement when examining the likelihood of confusion among trademarks when it comes to goods in class 5 of the Nice classification,“The consumer segment of the goods included in class 5 consists of people with a high level of attention, and thus, in order to reach the conclusion that there might be a likelihood of confusion, there needs to be a higher level of similarity – sometimes at the level of identity – between the signs and identity between the goods."

You want to know the reason why?

In this context, the scope of the relevant class is very wide. In addition to goods that appeal to consumers with average or below average attention such as dietetic supplements and vitamins (which we usually buy randomly), band-aids that anyone can buy, hygienic pads which are used by many women and available at supermarkets, baby food which is a basic need of any family with children and mosquito repellent lotions that many of us use frequently in the summer - goods such as prescription or over-the-counter medicines and materials for stopping teeth which are subject to purchases made with high level of attention - all exist together within class 5.

The judgement we have mentioned shows that not all goods in class 5 are for consumers with high levels of attention and that goods in this class appeal to both average and high-attention consumers. In this framework, it is evident that the class 5 cliché, which we frequently hear and constantly encounter in Office-Court decisions as well as appeal statements, does not actually represent reality.

If the list of goods of the application is comprised of special prescription medicines or materials for stopping teeth whose buyers are only dentists - dental clinics, it can of course be argued that “some” goods included in class 5 are aimed at consumers with above-average attention. However, the same applies to many goods included in different classes of the Nice classification. For example, although class 28, which generally includes games, toys, sports and gymnastics equipment, is considered as a class that appeals to consumers with average attention, consumers in Turkey of “curling brooms", which belong to this class, can be considered to be more conscious and selective consumers, due to the fact that the sport of curling is not very popular in Turkey.

In a nutshell, the point that should be taken into consideration when making a distinction between consumers with average attention and those with an above average attention level is, in our opinion, not the actual  Nice class numbers, but the goods and services themselves and how they are specified.

In its decision dated June 25, 2020, numbered T-550/19, the General Court of the Court of Justice of the European Union,  has discussed similarity of the goods of “menstrual bandages, menstrual pads, sanitary pads, sanitary cloths” belonging to class 5 with the “pharmaceutical preparations and substances” that are again included in class 5.

An opposition was filed against the word mark "NOSTER" based on the earlier word mark “FOSTER”, and the EUIPO Opposition Division rejected the opposition, whereas the Board of Appeal of EUIPO accepted the appeal partially and rejected the application in terms of certain goods belonging in class 5 including “menstruation bandages, menstruation tampons, sanitary napkins, and sanitary panties”.  The word mark, on which the opposition was based, covers the goods of “pharmaceutical preparations and substances; pharmaceutical products for treating respiratory diseases”. The Board of Appeal found that there was a low degree of similarity between the goods in question and further concluded that there was an average level of visual and phonetic similarity between the "NOSTER" - "FOSTER" signs, thereby accepting the appeal on the grounds of likelihood of confusion in terms of certain goods included in class 5, including the mentioned goods.

The applicant filed a case against the decision only in terms of the goods of “menstruation bandages, menstruation tampons, sanitary napkins and sanitary panties” and claimed that the said goods are not similar to the goods of “pharmaceutical preparations and substances; pharmaceutical products for treating respiratory diseases” covered by the word mark which is the grounds for refusal, and that therefore there is no likelihood of confusion between the said trademarks.

In this article, only the part of the decision regarding the similarity of the goods will be conveyed to the readers.

In reviewing these claims, the General Court first stated that the goods "menstruation bandages, menstruation tampons, sanitary napkins, sanitary panties" can be generally referred to as hygienic products.

According to the Court; it should be taken into account during evaluation that hygienic products are sold both in supermarkets and pharmacies. Furthermore, a large number of pharmacies sell hygiene products such as diapers, dental solutions, toothpaste, toothbrushes, children’s nappies, body lotion, and hygienic pads.  Many consumers buy hygienic products from pharmacies when supermarkets are closed. In this respect, the consideration of the Board of Appeal that pharmacies did not only sell medicine but also hygienic diapers is appropriate. It was also stated in the previous decisions of the General Court that there was a similarity between pharmaceutical preparations and hygienic diapers albeit at a very low degree. In the light of these findings, the General Court has justified the decision of the Board of Appeal that there is a very low degree of similarity between “menstruation bandages, menstruation tampons, sanitary napkins, sanitary panties” and “pharmaceutical preparations and substances”.

In the continuation of the decision, the General Court evaluated the "NOSTER" and "FOSTER" signs as signs having an average level of visual and phonetic similarity.

In addition, it is also stated that consumers will have an average level of attention in terms of the goods under examination.

In the light of these findings, the decision of the Board of Appeal that there was a likelihood of confusion between the trademarks in terms of “menstruation bandages, menstruation tampons, sanitary napkins, sanitary panties” was justified, the decision was approved and the case was rejected.

The decision might not be meaningful to people who follow the classic Turkish approach and think that in order to reach the conclusion that there is a likelihood of confusion between trademarks covering the goods in class 5, there should be identity between the goods and a very strong level of similarity between the signs, taking into consideration the high level of attention of consumers of the goods in this class. This is because, within the context of the initial letters being different, the NOSTER - FOSTER word marks may not be seen as high level similar signs and it is very clear that the goods “menstruation bandages, menstruation tampons, sanitary napkins, sanitary panties” and “pharmaceutical preparations and substances” are not identical.

However, neither the Board of Appeal of EUIPO nor the General Court accept Turkey’s established cliché, and both accept that there is similarity, albeit at a very low degree, between the above-mentioned goods included in class 5, that the consumers of these products have an average level of attention in terms of how the goods are phrased, and that the signs have an average level of visual and phonetic similarity.

In conclusion, we are sure that it will be much more beneficial for all trademark professionals in Turkey to be rid of clichés and to carry out the assessment of determining the average consumer groups of goods and services - not by the class number alone - but by also evaluating the goods or services themselves.

In our new trademark report we examine and analyze Nice Class 5 using our platform’s trademark search and business intelligence tools. We take a look at all trademarks related to vaccines, COVID-19 related trademarks and the top trademark filers across 180 registries and get answers to the following questions: 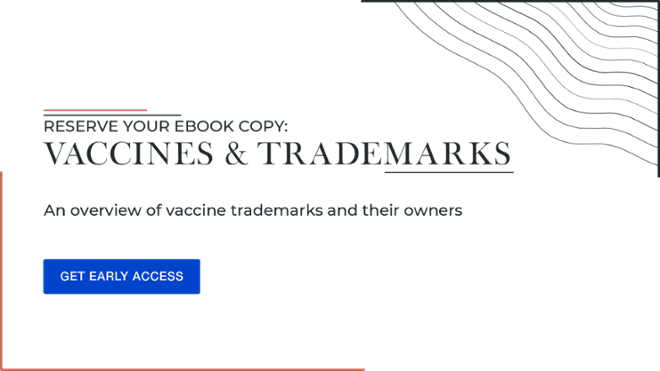 By Önder Erol Ünsal July 30, 2020
Önder Erol Ünsal is an IP Counsel at Ankara Patent Bureau, an intellectual property consultancy firm in Turkey which provides a full range of services in all fields of IP. Önder has worked for 20 years in the Turkish PTO and specializes in all matters of trademark law.