The Effect of Brexit on Trademarks

“Humiliation on a grand scale”. “The country in turmoil”. “An economic depression akin to the 1930s”. What a week it has been in British politics. On 11 December 2018, Parliamentarians will have a “meaningful vote” on both the Withdrawal Agreement and the outline for the future relationship between Brexit Britain and the European Union (EU). At the time of writing, it has been predicted Prime Minister, Theresa May’s proposed deal will be rejected, and given that the EU has stated it will not renegotiate, the country will be left with two stark choices – no deal or no Brexit.

Like every other aspect of UK law and economic forecasting, the effect of Brexit on trademarks is uncertain. And given that anything Brexit touches has an infuriating tendency to send one down a rabbit hole of ongoing issues and complexities, IP professionals are unlikely to fear any shortage of work over the coming decade.

Take the decision in Sky Plc v Skykick UK Ltd [2017] EWHC 1769 (Ch); [2017] E.T.M.R. 42 (Ch D). In 2011, two former Microsoft employees launched Skykick, a start-up enterprise providing cloud-based IT migration, backup, and management services to IT solution providers who are Microsoft “partner” companies. Although the organisation did the due diligence required for trademark clearances in the US, thereby securing a US trademark registration, Skykick failed to conduct searches in the EU, or elsewhere. In 2016, Skykick filed an international trade mark application designating, amongst others, the EU.

In May 2016, Sky issued proceedings against SkyKick claiming infringement of its word and figurative SKY marks under the EU Trade Mark Regulation arts 9(1)(b) and 9(1)(c) and the corresponding sections of the Trade Marks Act 1994. The following questions (among others) have been referred to the CJEU:

1) Can an EU TM be found partly/wholly invalid on the ground that some or all of the terms in the specification are lacking in sufficient clarity/precision to enable competent authorities/third parties to determine the extent of protection conferred by a trademark?

2) If yes – does “computer software” lack sufficient clarity/precision to enable competent authorities/third parties to determine the extent of protection.

Alexandra Cooke, in her comments on the case in the Entertainment Law Review (Ent. L.R. 2018, 29(1), 14-16), states: “It is hard to read a judgment like this without thinking about Brexit. Admirably no one mentions it. It would be interesting to see how a reference to the CJEU that has no chance of coming back before Brexit might progress, and whether, when it did return, how the court might deal with potential arguments that the CJEU’s answer is not binding. Another implication of Brexit is the possible divergence in defences available in EU and UK law for trade mark infringement. If the UK decides not to ratify the EU Trademark Directive by the deadline of 14 January 2019, then the own name defence may remain available for corporate entities”.

Doubts over the future authority of CJEU decisions represent the tip of the iceberg when it comes to the uncertainty surrounding trademark law and Brexit. And this provides little comfort to the owners of lucrative brands who need confidence that they can seamlessly protect their brand and continue services post-March 2019.

Brexit will have no direct impact on intellectual property rights that subsist or are registered, as UK rights, e.g. UK registered trademarks. Nor will it affect the application to UK rights of the international agreements that support the protection of intellectual property, e.g. the Agreement on Trade-Related Aspects of Intellectual Property Rights (TRIPS), to which all the member nations of the World Trade Organization are signatories; the European Patent Convention (under the auspices of the European Patent Organisation); and the Protocol Relating to the Madrid Agreement Concerning the International Registration of Marks (known as the Madrid Protocol).

However, uniformly enforceable EU trademark rights are likely to be affected.

One way to gain clarity on how trademark rights and the law will look following Britain leaving the EU is to compare what would happen regarding jurisdiction and enforcement of EUTMs after Brexit. Below is a brief summary:

Article 67(1)(b) provides that the provisions regarding jurisdiction in the EU TradeMark Regulation (2017/1001) and Community Design Regulation (6/2002/EC) will continue to apply in any proceedings started before the end of the transition period.

In a no-deal scenario, the IP Enforcement Regulation ((EU) 608/2013) will no longer apply to the UK after exit day on a reciprocal basis, although it will become part of retained EU law. Consequences from this will arise for organisations who submit an application to EU customs authorities, requesting action on goods suspected of infringing an IP right.

Article 54 of the WA provides detail regarding IP rights both during and at the end of the transition period. However, it is becoming increasingly unlikely that the WA will gain enough support. This is an extremely fluid situation, and we will continue to update you as major developments occur. 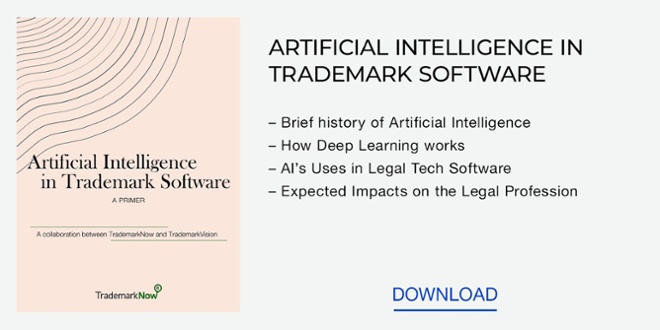 By TrademarkNow December 6, 2018
The most advanced #trademark protection technology in the world – Trademark search, risk analysis and watch, powered by artificial intelligence