“It doesn't matter whether a cat is white or black, as long as it catches mice” - Deng Xiaoping

China continues to lead the world in trademark filings. In 2018, over 10 million trademarks were filed worldwide, and of those, 70% were filed in the land of the Red Dragon. This continues a trend spanning the past 18 years. Over a period of 10 years (2008-2018), the number of trademark applications in China increased over 10 times, from over 670 thousand in 2008 to over 7 million in 2018.

What has motivated China’s IP expansion?

According to a paper by the IMF, China’s path to rapid growth began in 1978. Under Deng Xiaoping, and thanks to President Nixon’s visit to the country in 1972, China ended its isolation and began trading on the international market. The country then began to encourage entrepreneurship, invest in industrial production, and liberalized foreign trade and investment policies.

Investment in people has been another strategy that has worked spectacularly. The Chinese education system is ranked as one of the best in the world (although long school hours and focus on achievement has its dark side).

Post-1978, entrepreneurs were free to set their own productivity goals, fire unproductive employees, and reinvest profits. Opening the door to foreign investment has built factories, created jobs, linked China to international markets, and led to important transfers of technology.

Today, ‘business services’ and ‘research technology’ related services comprise the most common trademark filings in China. Given that prior to 1978, four out of five workers in China toiled in the agriculture sector, the classes and number of trademarks being filed show how far the country has come in the past 40 years.

In recent years, China has suffered reputational damage due to bad faith trademark filings. Demonstrating its commitment to curb bad faith filings, wilful infringements, and counterfeit commodities, in April 2019 the Thirteenth Standing Committee of the National People’s Congress passed the fourth amendment to the Trademark Law of China.

Under the new laws, any bad faith trademark application trademark without intent to use will be dismissed. And for the first time, bad faith filers will be subject to judicial and administrative punishment.

The exponential growth in China’s IP filings provides many useful insights into how a nation can turn its fortunes around in a short time. Despite the on-again-off-again U.S.-China trade war, the Asian giant’s recent legislative changes show it has no plans to relinquish its ever-increasing place on the world’s economic stage.

Download our Fact Sheet today and get an overview of key information on trademark registration in China, as well as ten other rapid growth Asian countries. 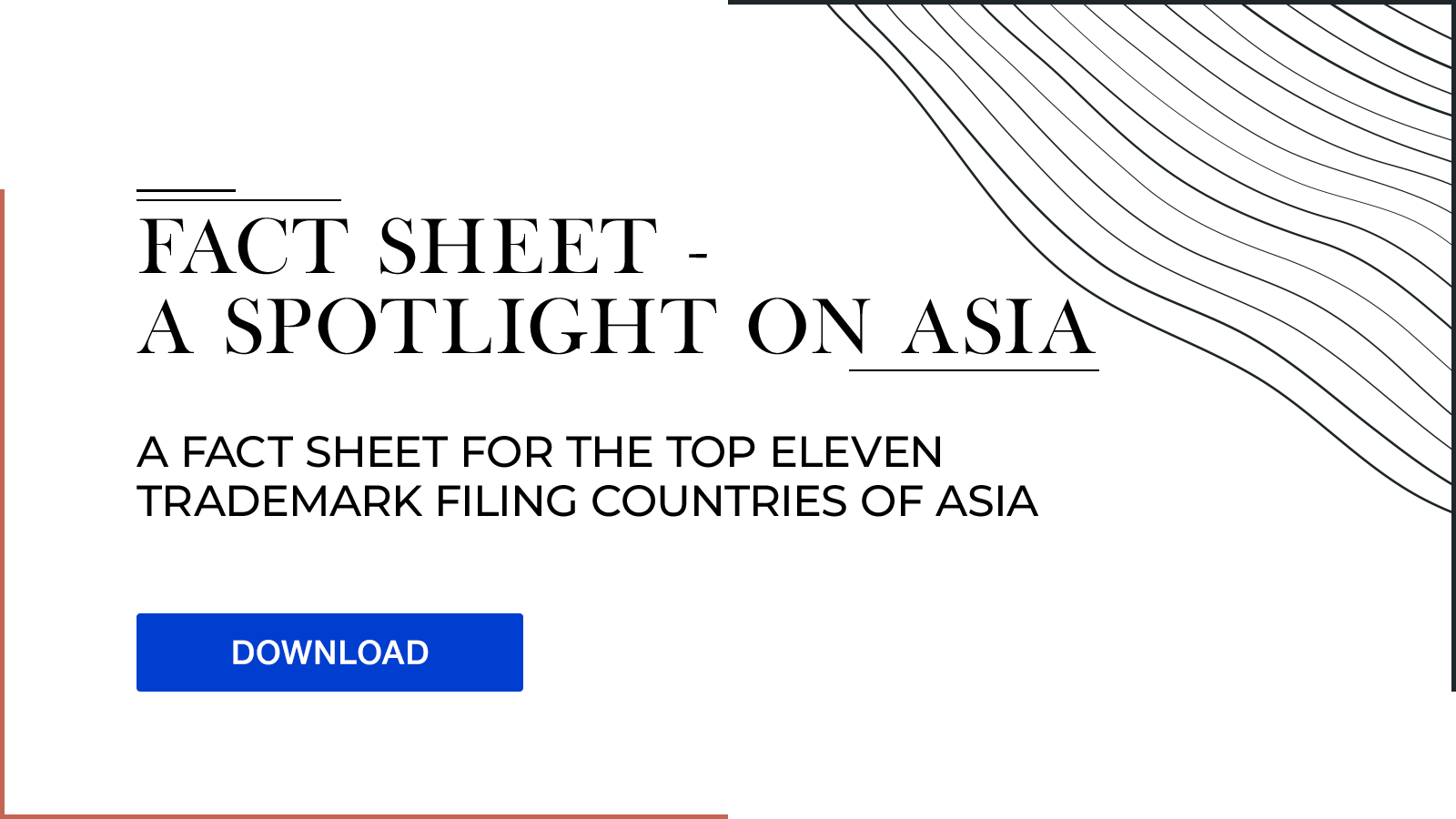