Do You Know What These Famous Brand Names Mean?

Checking off all of the above will produce a good trademark name.

But what if being good isn't good enough...

What if you want to be great?

How Famous Brand Names Are Created

When choosing a name, they employ one (or more) of the following mechanisms:

Of course, the bigger the vision, the more challenging the task. In some cases, a company will turn to a creative combination of words from other languages to create an entirely new name. Others may take inspiration from ancient figureheads to craft their name.

The key benefit received in exchange for inventing a "new" name is minimal risk for trademark infringement.

In this article, we'll reveal the meaning behind several famous brand names. As you read, notice how each essentially created their own category, and consider how you might do the same.

The Meaning Behind The Brands

NIKE: When you hear the word Nike, what do you see? Probably a marathon runner, a pro basketball player, or a pair of tennis shoes. Interestingly, the popular sports retailer didn't invent the name. They borrowed it from the ancient Greeks who knew "Nike" as the "Goddess of Victory."

SAMSUNG: In Korean, sam means three and sung means star. According to numerology, the number three is the first number to "which all was given." It contains the beginning, middle, and end. Samsung seems to be implying they are the definitive choice for computer technology.

PANDORA: Similar to Nike, this company also took inspiration from the Greeks. The Internet radio provider named itself after the mythological character Pandora, who received the gift of music from Apollo.

CADILLAC: Cadillac named itself using "The Founder Technique" with a twist. Instead of deriving its name from its own founder, it borrowed the name from the founder of Detroit: Antoine de la Mothe Cadillac.

DASANI: The bottled water company's name was made up by marketing firm Lexicon Branding. Focus groups reported the name evoked feelings of "pureness" and "refreshment." It doesn't really mean anything.

REEBOK: J.W. Foster and Sons was renamed Reebok after the founder's grandson discovered the name for a type of antelope in a South African dictionary.

STARBUCKS: The Starbucks founders arrived at their moniker after seeing the town "Starbo" on an old, mining map and mentally connecting the word to the character Starbuck from the novel Moby Dick.

LEGO: LEGO was derived from the contraction of the Danish word leg godt, which means "play well."

VOLKSWAGON: When translated from German, Volkswagon means "people's car." This name was chosen to reflect its opposition to the cultural predominance at the time of automobiles being reserved for the rich.

PANTENE: This Swiss shampoo brand was one of the first to include provitamin b5 in its formula—panthenol. The vitamin had recently been discovered by scientists after WWII.

ADIDAS: Contrary to the popular belief that Adidas stands for "All Day Long I Dream About Sports," the moniker was actually derived from the name of its founder, Adolf (nicknamed Adi) Dassler.

KODAK: Kodak is an entirely made up word based on company founder George Eastman's belief that the ideal trademark name is short, easy to say, and not associated with anything else. Supposedly, he was also a big fan of the letter K.

TOYOTA: The car manufacturer was originally named after its founder Kiichiro Toyoda. The name was later modified from Toyoda to Toyota because Toyoda literally means "fertile rice paddies."

VOLVO: Volvo was derived from the Latin word "to roll." Just roll with it, man.

ETSY: In a Reader's Digest interview, founder Robert Kalin said he knew he wanted a made up brand name. He watched foreign films for inspiration, and struck gold when he heard an Italian actor say, "Eh, si?" That means "Oh, yes?" But Kalin heard "Et-si," which became Etsy.

VERIZON: The cellular carrier combined the Latin veritas (truth) with the English horizon.

MASTERCARD: Sometimes the best names are the most obvious. The credit card company clearly positioned itself to be the authority with its brand name.

Is Your Brand Name Good Enough?

As you can see, there are many ways to come up with effective names. We hear someone is working on a name generation algorithm (cough, cough) that will be available in the near-future...

But, until then, utilize the naming techniques employed by the aforementioned brands. Look closely, and you'll notice they all have ONE thing in common:

Their brand names don't mean anything else to the average American. By adopting seemingly original names, they were able to immediately stand out.

At the same time, if your brand goes international, you don't want to have a brand name that means something awful in another language. That's why we've included a feature inside of Namecheck that allows you to see translations and meanings of your prospective mark in other languages. That way, you won't ever find yourself on a list like these most unfortunate brand names.

You can do the same with the Namecheck, the world's only technology-assisted program that delivers ranked trademark assessments in 15 seconds flat. 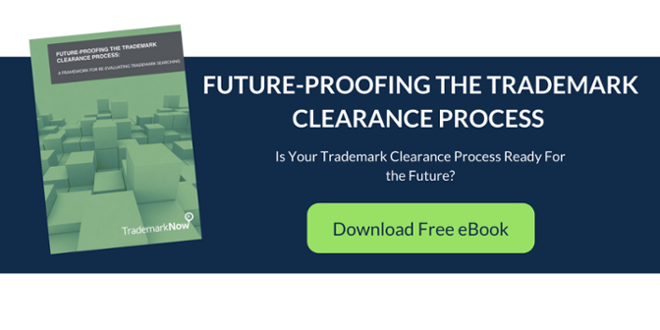 By TrademarkNow November 17, 2016
The most advanced #trademark protection technology in the world – Trademark search, risk analysis and watch, powered by artificial intelligence