Can We Exterminate Parasite Brands?

Publicly traded companies spend on average 11% of their annual budget on marketing. The Gartner Research study which provided this figure states:

The figures attached to these statistics are mind-boggling. For example, fashion house Chanel spent $1.46 billion in 2017 on brand supporting activities such as marketing, advertising and international events. In 2018, they outlaid $3.5 billion on advertising and promotion.

In his book, Million Dollar Habits, Robert Ringer states as his ‘Real-World Rule No: 101’, “It’s a lot simpler to follow a pioneer than be a pioneer”’. As proof, he cites that the success of McDonald's was built on the concept started in 1921 by White Castle. Likewise, Holiday Inn simply adopted and improved Howard Johnson’s motel-chain idea.

Building on an established concept makes smart business sense – after all, it is hard work to encourage investors to back an unproven idea. But there is a big difference between creating a product which is similar to or improves on an existing one and a ‘parasite brand’.

Feeding off the Efforts of Others

Let’s say you had a talent for fashion design and wanted to enter the athletic shoe market. You know that sport’s shoes sell, and young people identify with strong branding and easily recognised logos such as the Swoosh. So, you create a story, a logo, a robust social media strategy, and pay influencers and celebrities to advertise your shoes. In other words, you follow the pioneers of the sports shoe industry.

This is smart entrepreneurship.

However, producing a sports shoe that is identical to another brand, in shape, logo, feel etc., and copying the other brands ‘story’ – in fact, mimicking everything about an existing product except its name – this is what is called a parasite brand.

“In the scene (which can be viewed here), a restaurant owner character tells Eddie Murphy: “Look, me and the McDonald’s people have a little misunderstanding. You see, they’re ‘McDonald’s’ and I’m ‘McDowell’s’. They’ve got the ‘golden arches’, mine is the ‘golden arcs’. They’ve got the ‘Big Mac’, I’ve got the ‘Big Mic’ – we’ve both got two all-beef patties, lettuce, cheese, pickles, and onion, but they use a sesame seed bun, and my buns have no seeds.”

McKinnon told delegates that he used to find that scene hilarious. “Fast forward 20 years and I’m living that McDonald’s life and don’t find it funny anymore.”

Despite the Chinese government's efficiency at tackling counterfeits and removing them from the shelves, manufacturers of parasite brands still manage to slip through the legal net thanks to changing the name of the goods they copy. And the imposters are not meek; they are fully prepared to take large brands to Court and spread out legal battles over many years. Take Qiaodan (pronounced chee-ow-dan) Sports. Qiaodan translates to Jordan in Mandarin Chinese and has been regularly hauled before the Courts for stealing designs from the likes of Nike and Adidas. In 2016, it lost a decade and a half long battle to keep its trademark registration on the Chinese character of Michael Jordan’s name (乔丹). However, Qiaodan Sports has filed a suit against Jordan for malicious slander. Qiaodan is also suing Nike for trademark violations.

Mr McKinnon told Modern Counsel that parasite brands are in some ways permitted by the Chinese authorities for humanitarian reasons:

“Most people know that mass foreign industry flowed into China in the 1990s and early 2000s, and they experienced a huge economic boom. What a lot of people don’t realize, though, is that China still has massive pockets of poverty—poor living conditions, some without running water or electricity—when you get far enough outside of the more wealthy cities like Shanghai, Beijing, and Guangzhou.

And I think ultimately there’s an unspoken economic interest that still exists for the Chinese government to not completely crack down on these counterfeiters and parasite brands, because the production of counterfeits, at the end of the day, puts food in otherwise starving people’s mouths.”

Also, rather than acting as an institution that determines right from wrong and provides compensation to those whose rights have been infringed, as Courts do in the West, the Chinese government is mostly concerned with preserving social harmony.

In 2017, New Balance achieved a rare victory in the battle against parasite brands. A Chinese Court ruled that three domestic companies; New Bunren, New Barlun, and New Boom, infringed New Balance’s signature slanted “N” logo, awarding New Balance $1.5 million in damages and legal costs.  This was the largest trademark violation settlement ever granted in China to a US or foreign company.

Mr McKinnon stated that New Balance was looking at blockchain technology to create a verification system for its customers as well as developing algorithms to spot rogue websites trading its brand on the dark web.

Chinese Courts, although not bound by precedent, do follow trends. New Balance’s success in tackling parasite brands may indicate that the Chinese government is ready to protect its people from these types of products and respect the enormous financial and personal commitment companies invest in developing and maintaining their brands. 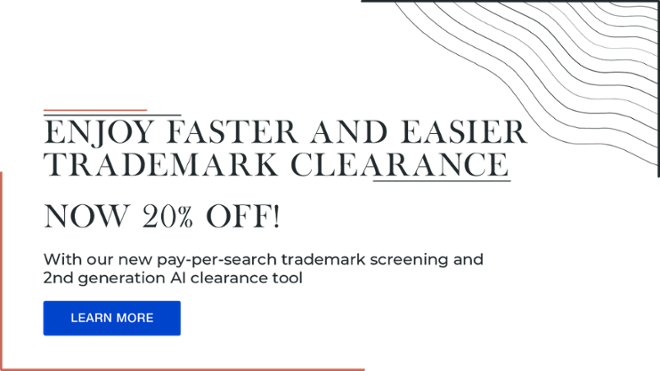