"I should trademark that!"

It's something that gets jokingly said during conversations between friends. If one person routinely says a specific catchphrase, the other may momentarily marvel over their brilliantly mundane creation.

But what happens when real companies actually try to trademark phrases that invoke a strong sense of community ownership? Generally speaking, a lot of passionate debate!

It's easy to understand why.

Much like fresh air, twinkling stars, and morning sunrises, language belongs to everyone. Companies who try to claim ownership over what many consider "publicly owned phrases," do so at their own peril. Especially, when those phrases are associated with sentimental events, beliefs, or hobbies.

In this article, we'll look at five companies who applied for trademarks they probably shouldn't have. Their stories will make you think twice before rushing to trademark anything even remotely in the public domain.

5 Times Applying for a Trademark Caused a Brand Reputation Crisis

The network, launched by brothers Benny and Rafi Fine, boasted 14 million subscribers at the time; making it one of the most popular channels on YouTube. In 2010, the brothers launched the series Kids React. You may recall seeing a series of spin-off videos, all dedicated to filming the visual reactions of different segments of the population while they watched videos (i.e. teens, adults, elders, YouTubers).

In July 2015, Fine Brothers registered a trademark application for the word, covering “Entertainment services, namely, providing an ongoing series of programs and webisodes via the internet in the field of observing and interviewing various groups of people.”

Soon after, they announced “React World," a new initiative allowing fans to create their own “React” videos, licensing the rights to the format from Fine Bros alongside production guidance. This was when fans got upset, fearing the entire concept would be monopolized by the duo.

The Lesson: As a cautionary tale, when you create something that takes on a life of its own and is now a part of the public domain.

In 2015, Al-Qaeda terrorists attacked the Paris offices of satirical weekly newspaper Charlie Hebdo, ultimately killing 12 people. Sadly, this was not the first time the French newspaper had been targeted.

In 2011, its offices were firebombed after publishing a caricature of Prophet Muhammad on a newspaper cover.

Following the 2015 attack, illustrator Joachim Roncin created the "Je suis Charlie" slogan, and a corresponding hashtag, to commemorate the departed journalists. Shortly after, several entrepreneurial individuals began applying to trademark the name; with the most famous being Belgian businessman Yanick Uytterhaegen.

After a huge public backlash and accusations of trying to profit off a tragic loss, Uytterhaegen ultimately withdrew his application. The registration, which would have carried weight across Belgium, Luxembourg, and the Netherlands, covered an assortment of consumer goods (i.e. clothing, footwear, and lotions).

The Lesson: Sometimes it can be difficult to identify when a creation has shifted into the public domain.

Día de Los Muertos is a widely celebrated holiday across Mexico and Latin America. Translated as "Day of the Dead," the holiday commemorates the lives of friends and family members lost by building altars, holding processions, and decorating spaces with colorful skull figurines.

The Latino community were upset by this and protested on social media which culminated in a Change.org petition. Swiftly, Disney withdrew its application commenting, “that the title of the film will change, and therefore we are withdrawing our trademark filing.”

The Lesson: Despite best intentions of bringing a cultural event to a wider audience, it can be difficult to predict sensitivities. When you combine that with language and alternative word meanings, it's an area that can be challenging to get just right. 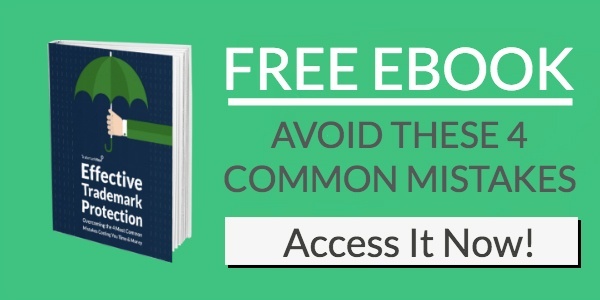 Remember when you couldn't go on Facebook without seeing someone dumping a bucket of ice on their head? Everyone from Mark Zuckerberg to George W. Bush to your old high school buddy was doing it.

Interestingly, the organization itself didn't invent the challenge. Reportedly, it was created by family members associated with ALS. However, even after receiving familial permission to proceed with trademarking, the general public wasn't so receptive.

The Lesson: When something goes viral so quickly it can create confusion as to the origin and ownership. And potentially what rights should be created and for whom.

Can pasta be creepy? Well, that depends on whom you ask.

Horror fiction enthusiasts lovingly refer to copied and pasted horror-themed stories that are shared around the Internet as "creepypasta." The stories have led to the creation of many books, podcasts, and even a TV show. One popular community has more than 3,000 ongoing discussion threads, while another has 58,000 members.

Last February, creepypasta community member Chris Toscano (aka. Vincent Vena Cava) filed a trademark application for the term "creepypasta" covering “books in the field of horror." Toscano is also known for raising more than $22,000 on Kickstarter for a creepypasta comic book.

While Toscano claims the registration is to protect the term against corporate monopolization, but not everyone is buying it. The debate has been ongoing, with some members arguing that trying to trademark creepypasta is akin to trying to trademark hip-hop music.

The verdict? We're still waiting to see how this one will turn out.

Think twice before attempting to trademark a community term or phrase. Not everything needs to be trademarked!

We live in a world where certain things exist for the enjoyment, creativity, and benefit of everyone.

While TrademarkNow can't help you determine if your candidate will peeve a community, it can reduce your likelihood of opposition during the application process. The program features tools to detect potentially conflicting, alternative word meanings.