According to the Collins English dictionary bad faith is defined as ‘Intention to deceive; treachery or dishonesty’. If someone is ‘acting in bad faith’ that is widely understood as a person who intentionally tries to deceive or mislead another in order to gain some advantage.

According to the World Intellectual Property Review (WIPR), bad faith trademark filings are on the rise in some jurisdictions. In their recent article “Trademarks: in bad faith” the authors Bin Zhang and Lei Fu describe the practice as: “Bad-faith registrations aiming at others’ well-known trademarks and trademark squatting. The latter is the practice of registering trademarks similar to or identical with others’ trademarks—not for use but for gaining profits from the legitimate right owners”.

In EU trademark legislation there is no definition of bad faith, so it has been up to the Court of Justice of the European Union (CJEU) to provide some guidance on how to interpret the term. In the EU, along with most other countries, bad faith must be proved by the party who is claiming it. In other words there is a presumption of good faith until proof to the contrary is accepted.

It is also important to note that, according to the regulations in most of the countries, bad faith is also an exception to acquiescence. Accordingly, if the trademark owner has tolerated the use of a registered right for a period of time that is regulated under law, the owner may no longer oppose its use or apply for cancellation - unless the earlier trademark was made in bad faith. This rule tries to balance fairness - actions made in bad faith will not give rise to any general consideration of equality or fairness!

Bad faith, specifically the reply of whether ‘no intention to use’ can be considered solely as a basis of bad faith, was one of the main issues under consideration by the CJEU in a recent decision in Sky v SkyKick. You can learn more about this case and its implications for the future interpretation of bad faith in EU trademark law in our webinar “Understanding Bad Faith in EU Trademark Law” presented by expert IP partners-at-law, Carolina Calheiros and Jan Gerd Mietzel of Rolim, Mietzel, Wohlnick & Calheiros LLP.

Being accused of filing a bad faith application will delay your application and you could lose valuable time and money (as well as face). A recent case involving the famous Brazilian footballer, Neymar da Silva Santos Júnior - commonly known as Neymar - and trademark applicant, Mr. Carlos Moreira, highlighted the pitfalls.

A trademark attorney can advise you if your mooted mark could be liable to a bad faith challenge and so it is crucial to seek professional advice before proceeding with any trademark registration. Sarah Turner, Darren Meale and Adrian Smith of Simmons & Simmons London, consider what brand owners might do when facing a bad faith application and look at several factors which might indicate bad faith in EU trademark law among the different forms of bad faith, in their online article “The Many Facets of Bad Faith in Trademark Law.”

One of the forms of the bad faith that is taken into consideration is a kind of dishonest intention. In other words, courts try to assess the inner intention of the filing of that particular application. The aim of preventing competitors’ freedom to compete might be considered as one of the intentions that is not protected by trademark regulations. An example of this can be found in the precedent decision of bad faith in the ‘Goldhase’ decision (Lindt & Sprüngli v. Hauswirth), where it has been considered as:

“[i]n a case where the sign for which registration is sought consists of the entire shape and presentation of a product, the fact that the applicant is acting in bad faith might more readily be established where the competitors’ freedom to choose the shape of a product and its presentation is restricted by technical or commercial factors, so that the trade mark proprietor is able to prevent his competitors not merely from using an identical or similar sign, but also from marketing comparable products”.

If the parties have a business relationship, that might again indicate the existence of bad faith. For example, in another decision of the General Court it has been stated that it is clear that the intervener was aware of the use of the previous figurative sign ‘café del mar’ before the registration of the disputed mark - due to a business relationship, namely its status as a shareholder in common companies and as a representative of one of these companies.

These evaluations clearly attest that the philosophy of the assessment is extremely important. Also it is important to note that in another recent decision of the EU, the Court of Justice stated that bad faith may be found even for different goods and services.

An assessment of bad faith is not driven by basic trademark law of identical or confusingly similar trademarks as such, but is more driven by the need to capture the inner intention of the trademark applicant at the time of the registration.

How to catch bad faith applications

Bad faith trademarks are notoriously difficult to prove in almost every jurisdiction. It is therefore always advisable to monitor third party trademark applications and watch for any relevant applications that might contain any bad faith intent.

In this way you can save time and money in your trademark management with the opportunity to oppose possible bad faith registrations in good time and avoid a costly and stressful court action!

Our new pay-as-you-go tool Word Watch monitors your trademarks and slogans and alerts you to applications for potentially conflicting marks. Word Watch both reduces the risk of missing potential trademark infringements and saves you time by sending you relevant watch alerts only.

Get less stress and more success in your trademark process! 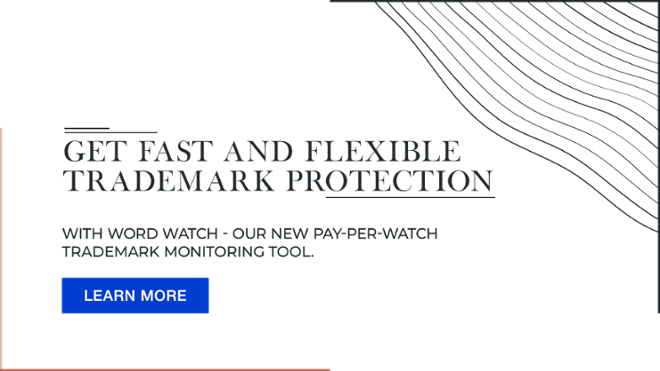 By Gokcen Uzer Cengelci / Lisa Wright July 7, 2020
Gokcen Uzer Cengelci, Trademark Counsel at TrademarkNow, worked as a trademark attorney for over 12 years in top-tier trademark law firms where she specialized in opposition procedures and trademark portfolio management strategies. She regularly publishes articles on trademark law and has a deep interest in the role of legal tech in IP. Lisa Wright, Content Writer at TrademarkNow is a graduate of the University of Law. She researches and publishes books, articles, and webinars on global IP law and trademark activity.